When I became pregnant with our second child I was overjoyed. Part of me was also relieved and thought that because I had been pregnant before, I would know what to expect. I was wrong. Everything about my two pregnancies was different, almost opposite; like a ton of nausea with one and basically none with the other. So as I approached the end of the pregnancy, I was wondering what kind of twists would be coming our way, but I certainly didn’t expect the roller coaster that was coming.

At 20 weeks, our little girl was in a frank breech position (buttocks down and her body basically bent in half with her feet by her head), but my midwives said she had turned shortly after. When I had a 3D ultrasound at 31 weeks, we found out that she was still in a frank breech position. I started the Webster Technique at Midtown Family Chiropractic and Wellness Center around 35 weeks to help loosen the pelvis and surrounding ligaments in hopes that our little girl would turn head down.

By 38 weeks, she was head down. At 40 weeks, she was oblique with her head down, but sideways in my left lower abdomen. At 41 weeks I was not dilated at all and my little girl was completely horizontal (transverse) across my abdomen.

I met with Dr. Bootstaylor to discuss my options at this point. Since my little girl changed positions so frequently (known as a “variable lie”), that meant that her head (or buttocks) hadn’t put pressure on my cervix (that’s likely why I wasn’t dilated) and there was little to no chance that I would go into labor on my own. My only option for a vaginal delivery at that point was to do an External Cephalic Version (ECV) to try to turn the baby head down (or buttocks down if she wouldn’t turn head down) and then to induce labor once she was in position. Since she had been breech for much of the pregnancy, I was prepared for a vaginal breech delivery. Please read a blog post I wrote on vaginal breech birth, which includes information on the Webster Technique and ECV.

The next day, at 41 weeks 1 day, I had acupuncture at Decatur Acupuncture to help induce labor and then my husband and I went out to lunch at the same restaurant where we ate when I was in labor with our first child, Jack, in July 2010. We were admitt

ed to the hospital in the afternoon to start the ECV and induction. Having had a spontaneous natural water birth with Jack (click here to read that birth story), my husband and I were more anxious this time around since we were facing medical interventions and the unknown. We were excited that Anjli Aurora, CNM was coming on-call at the exact time the ECV was scheduled to start. She was with us for Jack’s birth and we love her! While the nurse was trying to start my IV, Dr. Bootstaylor arrived and did a quick ultrasound. To everyone’s surprise, the ECV was no longer needed – our little girl had turned head down since the prior ultrasound 24 hours before!

Even though we no longer needed to turn the baby, we decided to go ahead and induce labor before she could move again. I was started on IV Pitocin around 7pm and contractions started coming regularly. Throughout the night, the Pitocin was slowly increased. My husband gave me a pedicure and we watched a documentary. I had to stay on the fetal monitor, so we were restricted to the room that night. I was exhausted and wanted to sleep, but my emotions were too high and my mind was racing. I knew I needed to rest so that I would have enough energy for labor, so sometime in the early morning I had a dose of Phenergan (a nausea medicine that causes drowsiness) and was finally able to get a few hours of sleep. By 8am I was only about 1 cm dilated. 12 hours of Pitocin and I had barely made any progress – talk about discouragement!

After breakfast, the nurse got the portable fetal monitor so that I could be more mobile. My husband and I started doing laps around the labor and delivery unit to try to speed things along. By mid-morning the contractions had strengthened considerably and were about 1-2 minutes apart. I spent a lot of this time on the birthing ball and in the shower with my husband spraying hot water on my low back during contractions. He and I worked through each contraction using relaxation and breathing techniques we learned in a natural childbirth class we took when I was pregnant with Jack through Confident Childbirth of Atlanta.  Just before 1pm, my water broke. Finally some progress! Shortly after that I was 4 cm, nauseated, and finally in active labor.

At that point, the contractions from the Pitocin were so strong and frequent (I had less than a minute between them), that I felt I needed just a few minutes to relax and allow my body and my mind to re-set. Anjli and I decided to turn off the Pitocin in hopes that my body would take over and get me through the rest of labor (and give me the opportunity for another water birth). I also asked for some nausea medication and a dose of Fentanyl, a pain medication, to help me with this transition. I had Jack without any medications, so this request was one I made reluctantly, but just like this pregnancy, this labor was very different than my first. I hadn’t expected the induction to take this long or the contractions to be so strong… I missed Jack… I was exhausted and nauseous. In hindsight, the Fentanyl turned out to be key in re-focusing my mind and body.

Contractions eased up a bit and felt more natural than when I was on the Pitocin. I was grateful that my body was doing its job that I would no longer need the Pitocin, and that I had a few minutes to relax and re-focus myself. Hospital

policy required that I be off the Pitocin for 20 minutes and wait 30 minutes after receiving the Fentanyl to get in the birthing pool. Around 3pm I was able to get into the water. The warm water was so relaxing. With Jack, I waited too long to get into the water and was already 10 cm and ready to push once I got in. Since I was only 4 cm, part of me worried that I was getting in the water too early this time.

I labored in the water for a little more than an hour and then asked my husband to call Anjli and the nurse because I felt like I needed to push. In my mind I thought, “there’s no way you need to push yet”, but my body was telling me otherwise. When Anjli arrived a few minutes later she confirmed what my body was saying. I was 10 cm and ready to push! I moved around in a couple of positions in the water and pushed for only 12 minutes before Isabelle Claire was born at 4:48pm on May 31, 2012! She weighed 7 lbs, 8 oz (a full pound smaller than our son) and was absolutely gorgeous!

What a whirlwind 24 hours it had been! We went into the hospital not knowing what we were about to face, but trusting that everything would be okay. In the end, we had exactly the kind of birth we wanted – it just took a long time, and an induction, to get there! As an aspiring midwife, I am grateful for the first-hand experience I have gained through both of my very different pregnancies and labors. My husband and I hope that we have the opportunity to have more children in the future and look forward to another wonderful experience with the midwives of Intown Midwifery.

Interested in submitting your birth story? Please go here for more information on guidelines and how to submit. 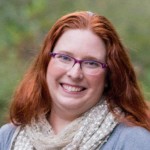